I slept 3 nights in an arcade in London

A few times per year, the folks from the UK rhythm games community organize a meet-up. I casually speak about wanting to go to London with my family and they point out that moving from Paris to London is easier and cheaper than ever thanks to the Eurotunnel.

I decided that I wanted to go to the next UK meet-up. It was being held from 13th to 16th June this year. I organized my trip with Dovahel, we planned on going there together.

I insisted on going the 4 days, because I was sure that I will miss the place a lot after the event, so I wanted to get the maximum out of it. We decided to go using the bus, because it was very cheap and we didn’t mind the 9 hours of transit. We got tickets for a round trip for approximatively 60€ for 2 persons. We would arrive Thursday evening and leave Sunday morning.

The day before the departure, Dova received his own SOUND VOLTEX arcade cabinet that he was waiting for. I went at his place and helped him setting it up. We head back at noon to sleep at my place, because I live closer to the bus departure station. 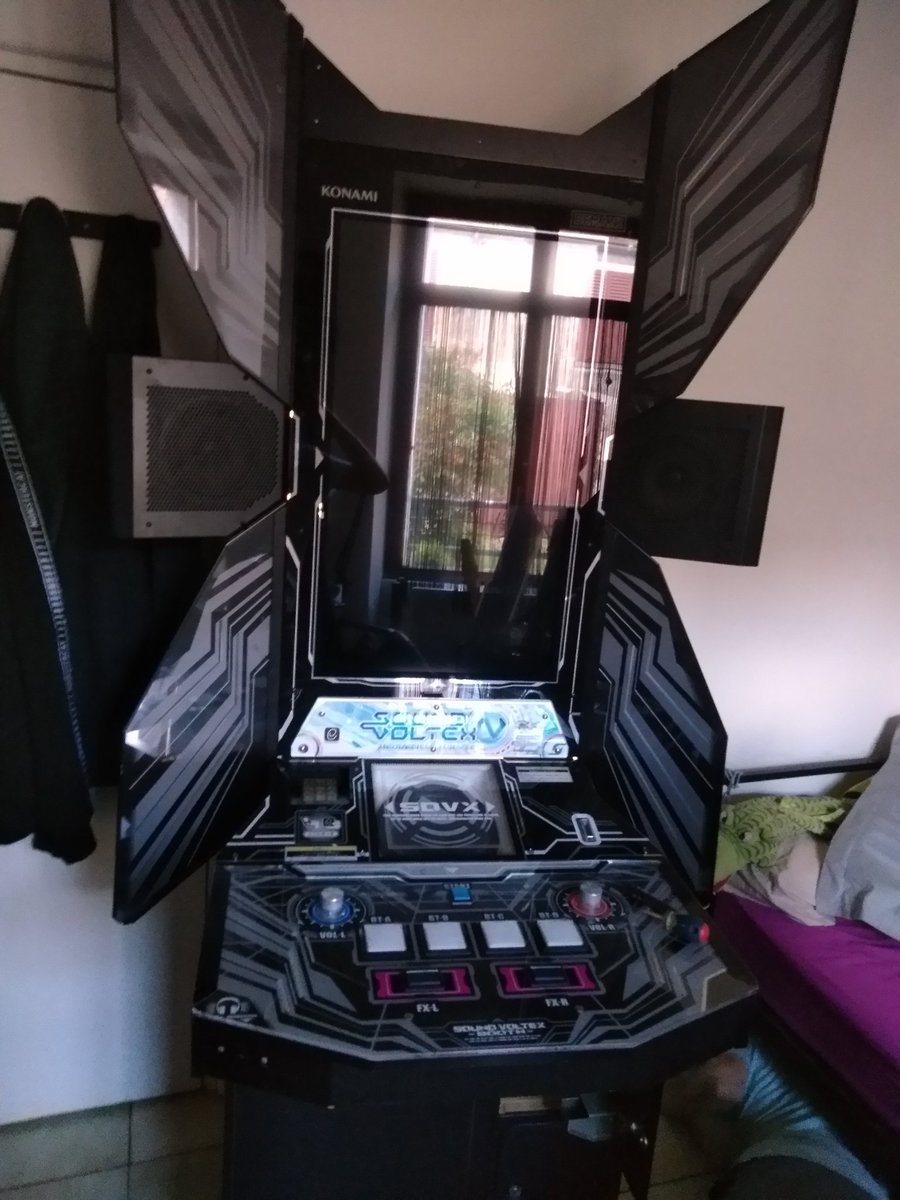 I’ve never been to England before. And I was going there only to play rhythm games. It’s astonishing how much this passion for rhythm games is pushing me forward.

The bus trip was not that boring, we listened to music, watched some anime, played some Smash and slept. Taking the Eurotunnel was a fun thing. I didn’t know the bus actually boarded a train. I somehow imagined it would drive through the tunnel. 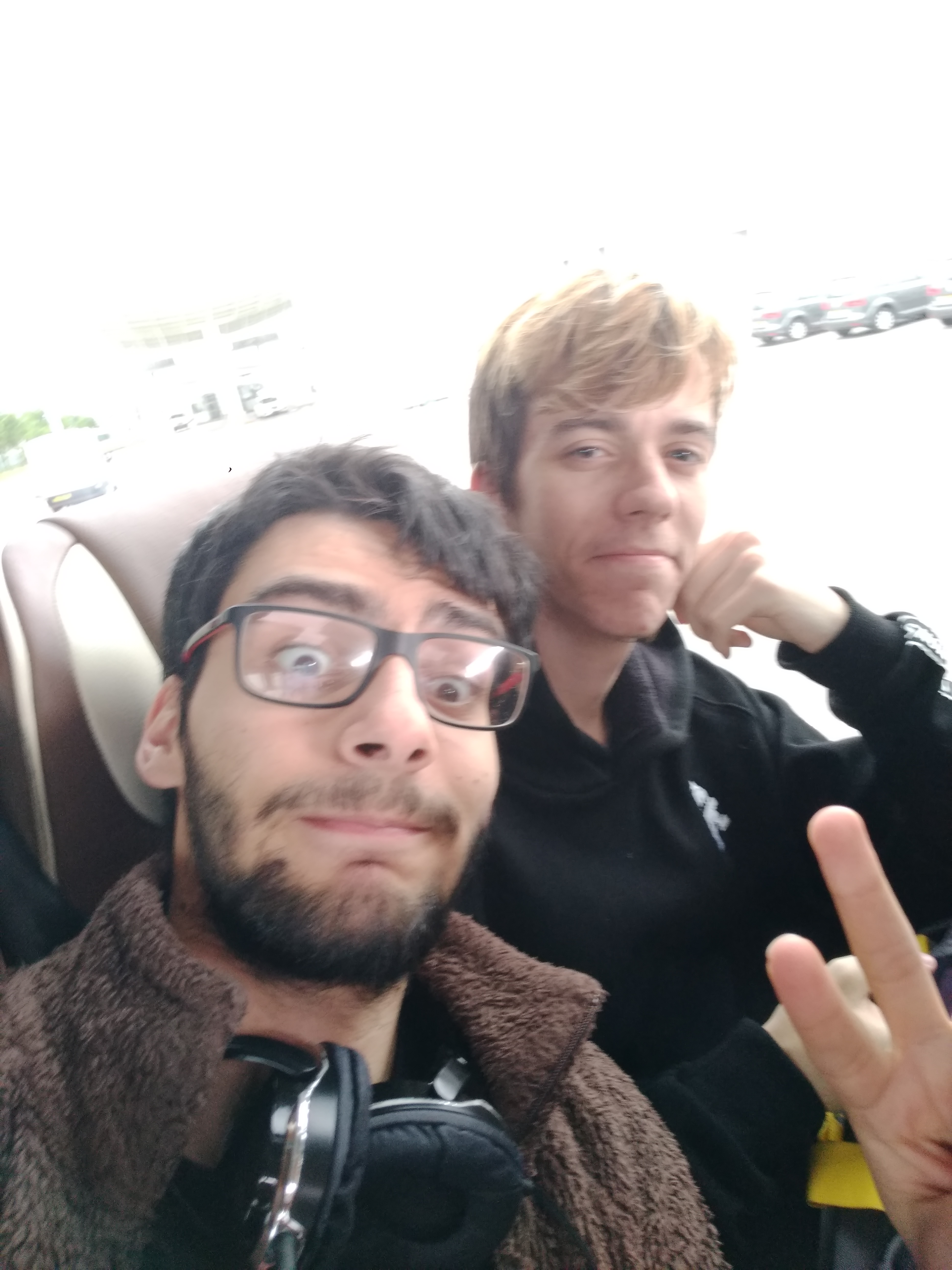 Upon arrival, I topped 75€ on my Revolut account. That would be my budget for the trip. When we arrived we headed for the train station. We depended on Corin and Alan for this trip, the two persons in charge of the event and the place we will be going to. I asked Corin what tickets we should get to go to the arcade. He explained to me that I can use my credit card directly on the gates instead of buying tickets. That’s the first time I’ve seen a system like this ever. I wonder if other countries does it too, France definitely does not. It’s super useful because I didn’t have to learn about the different types of tickets or subscriptions, I just used my credit card and was debited accordingly, depending on where I got in and out. Since I stayed in the inner area of London, I paid 1.35€ or so each day, to take any line as much as I want.

We headed directly to VEGA, the arcade we will be spending our days and nights, where the event was held. It is in the basement of a Casino called VEGAS. 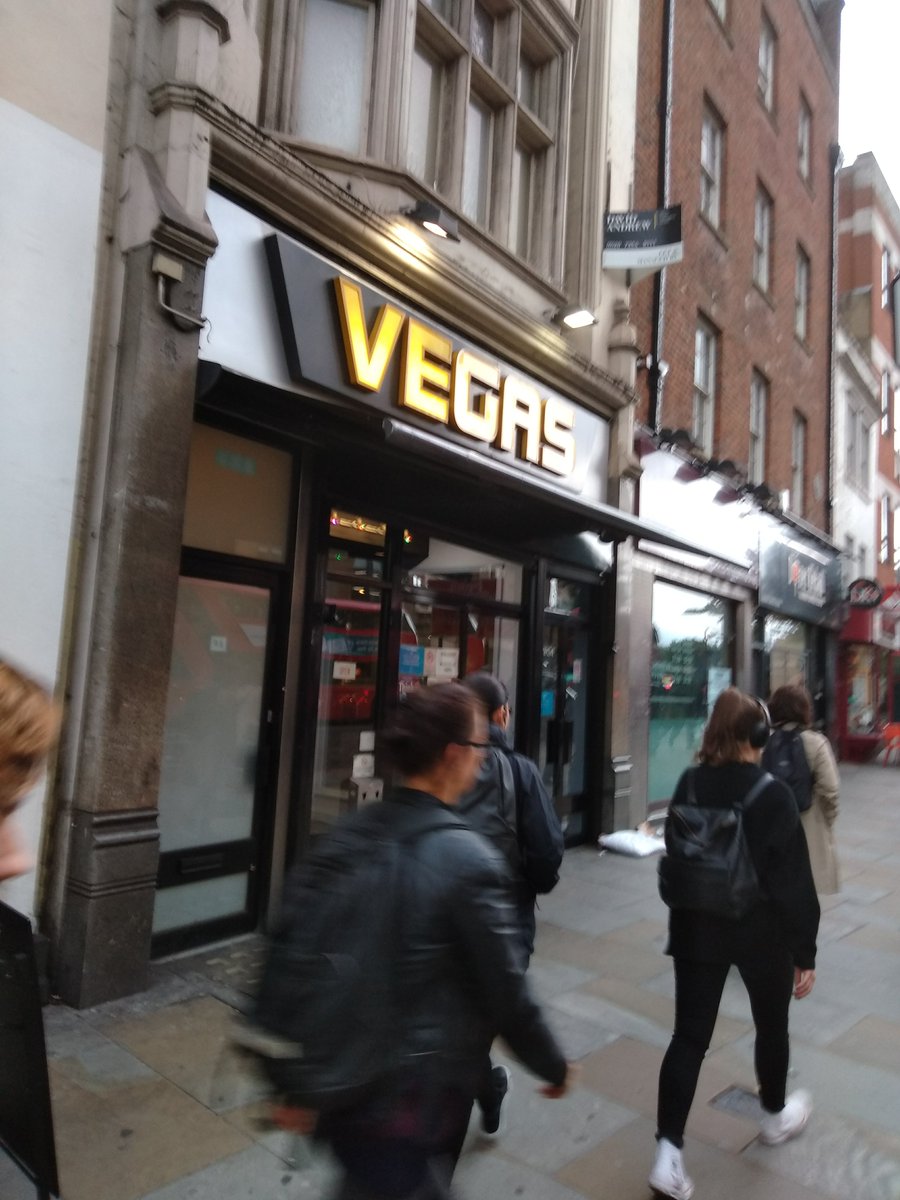 Corin wasn’t there when I arrived, he would join us the second day, and I didn’t know Alan personally yet. We just observed what other people were doing and tried to blend in. IIDX was the only game where people were waiting in queue. Generally with arcade games, people take turns. But if someone is playing the game you want to try, instead of waiting in line, you put a coin, an ID or any pass that can identify you near the cabinet, indicating that you want to play next. If you don’t, it’s impossible for the person currently playing or other players to know your intention of going next. You could be behind the cabinet just to watch for example.

The only game I never played here was MÚSECA, so I immediately tried it. All games that weren’t IIDX were less targeted by the players, so you could usually play immediately. MÚSECA turned out to be an amazing surprise, makes me wonder why was it killed by KONAMI in July 2018. I hope it could have live on because I really loved the experience. The game is a lot of fun, even the characters unlock system which I heard was what players criticized was fun to grind. It was also my first time seeing REFLEC BEAT cabinets. 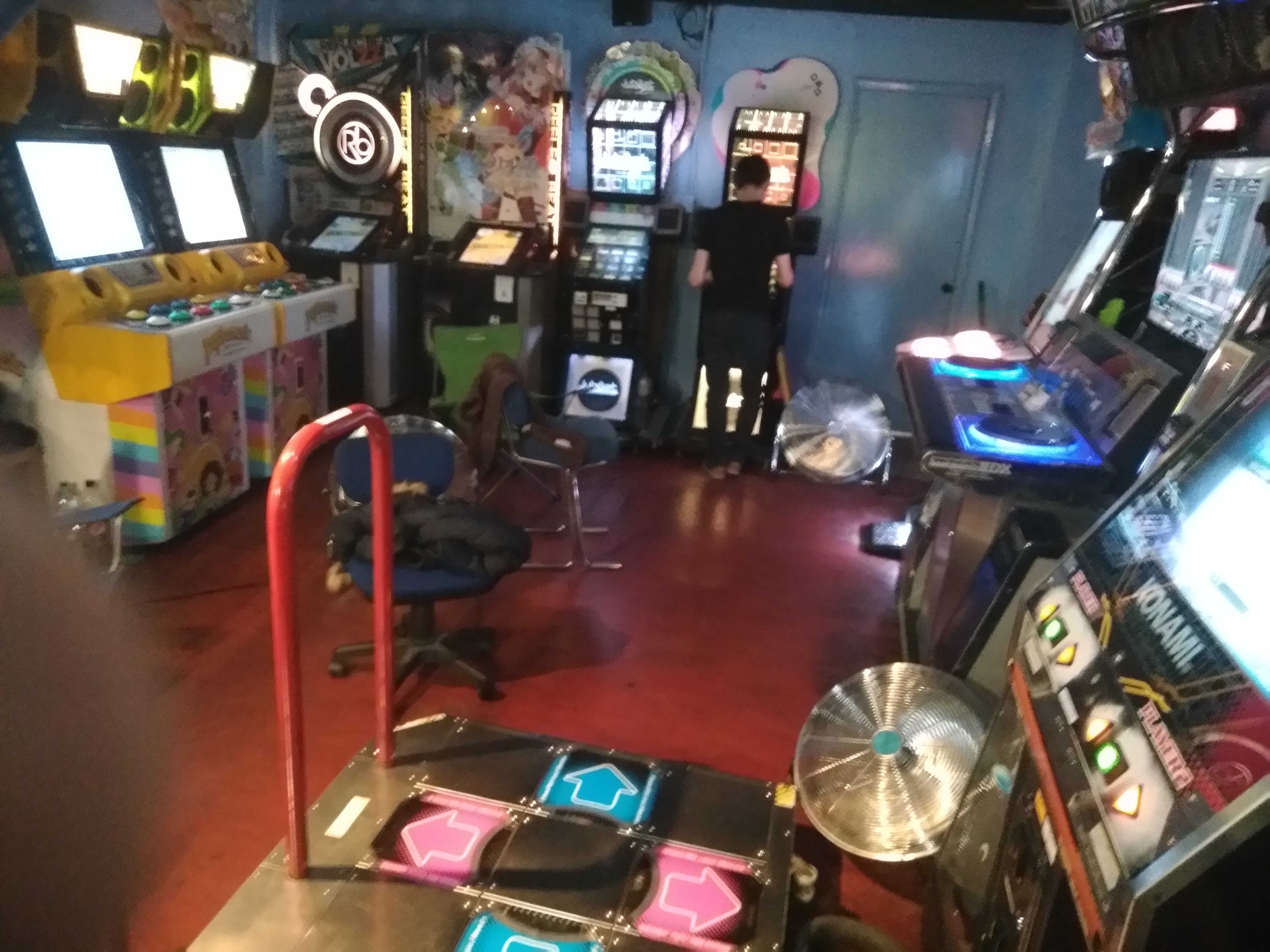 After that I played a bit of everything, going back and forth between pop’n, jubeat, MÚSECA and REFLEC while waiting for my turn at IIDX. I also did a lot of progress skill-wise while there!

Self-note: Go to VEGA for an insane skill boost. Will probably be Kaiden if I stay there a month or something.

At some point in the night they lock the arcade, and people who want to sleep in (hey that’s us) pay a small £10 fee. I stayed up quite late the first night. I was the last person to go to sleep, stopped playing IIDX at 4AM or so. People just lay down airbeds or sleeping bags on the ground in the arcade. That’s a quite unique and insane scenery to look at, mostly because the cabinets stay on all the time, and people will keep playing while others went to sleep.

Venturing a bit out of VEGA

On Friday we decided to check out Las Vegas Soho, another arcade in London. Things here are a lot different, VEGA is more or less like a friends club open to the public. It’s as much as a place to sit down and talk than a place to try hard games. Things felt way more cozy. LV is your more traditional arcade where everything is made to generate revenue. It’s a place for tourists or friends group to casually play games together. However during my trip they had some very interesting cabinets that I wanted to check out. Namely Nostalgia, Groove Coaster and Initial D Arcade Stage. I had a lot of fun playing Groove Coaster, I have the Steam and mobile version, but playing on an arcade cabinet was awesome. I really do love Groove Coaster it’s so much fun. At this point you should know that I like and play almost any rhythm game anyway. 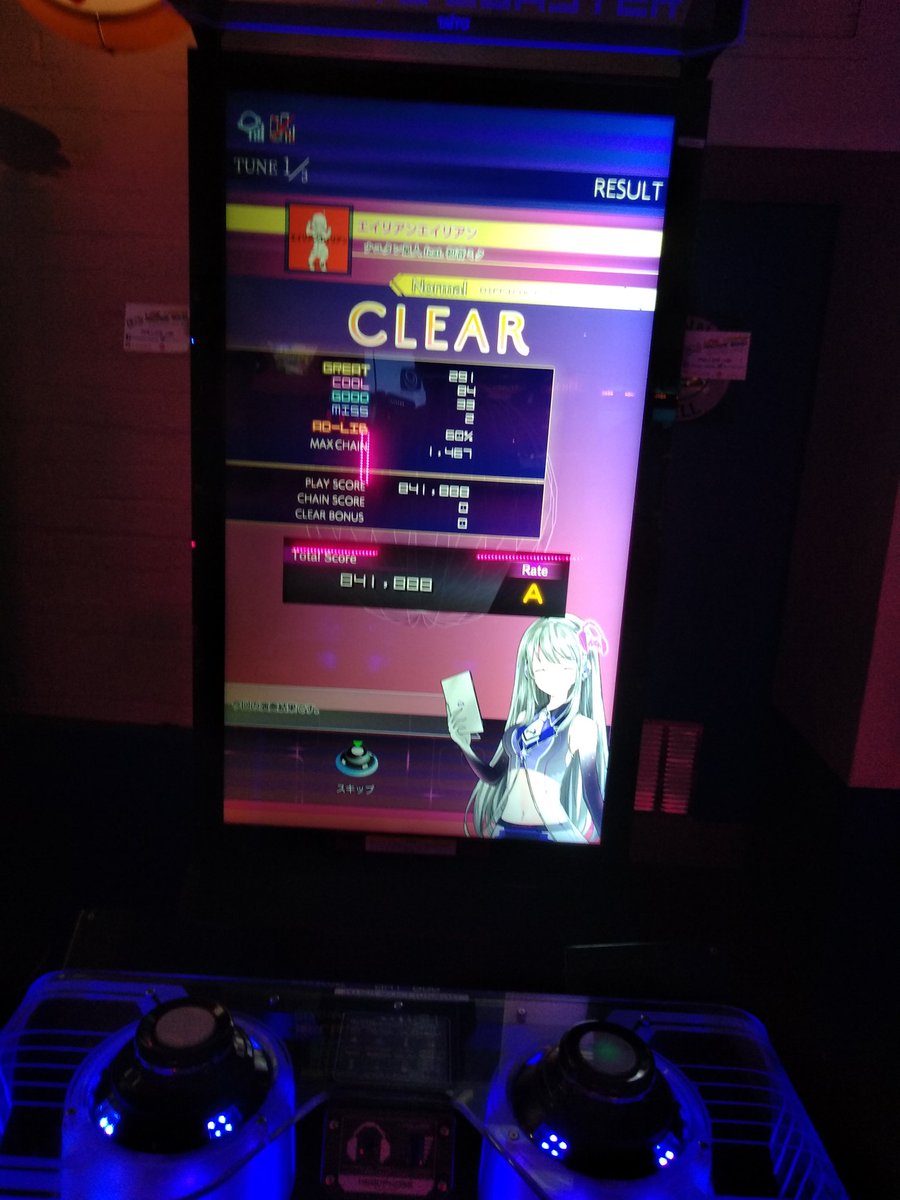 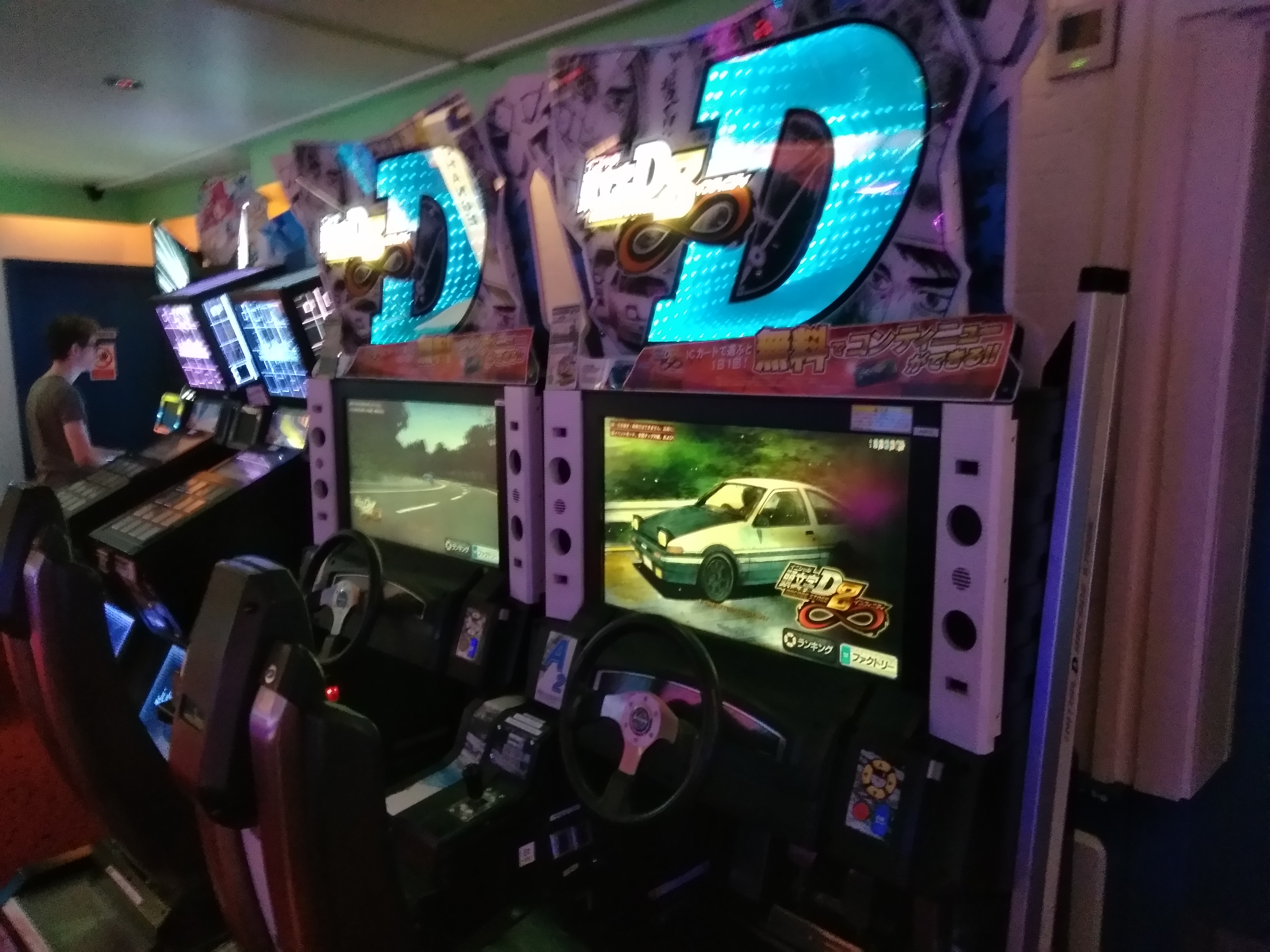 It was also the occasion to play do some sport and play Pump It Up. Got us all sweaty so we took a shower later this day to not smell too much. It was quite an adventure, we went to one of the big train stations in London to take a shower, you can have one for £5. It’s a bit weird to shower in the middle of a train station but whatever, we needed to.

The end of a dream

Saturday we decided to stay in VEGA all day and play as much as we can. Because it was the week-end, more people were there. It also was the occasion to meet some very cool persons. This is probably the day where I did the most of my progression. At night I could witness Taro passing ENDYMION and thus getting a clear lamp on the entire level 18 folder in DDR, fun times at VEGA.

I really did spend a lot of good time in VEGA, I built some friendships and increased my skill, how can a rhythm games player spend his time any better than this? Socially speaking, aside from the fact that it was difficult to engage in a discussion because of the language barrier and the noise of the games, I met a lot of new people, I saw some familiar faces that I never thought I’d see again, and I could finally see some persons I like or admire in real life and spend time with them. I really want to thanks all the people involved that made this unique experience possible, I will miss VEGA a lot.

This post was not sponsored by alanhat.com even though the peripherals involved in its writing all have an alanhat.com sticker somewhere on them.