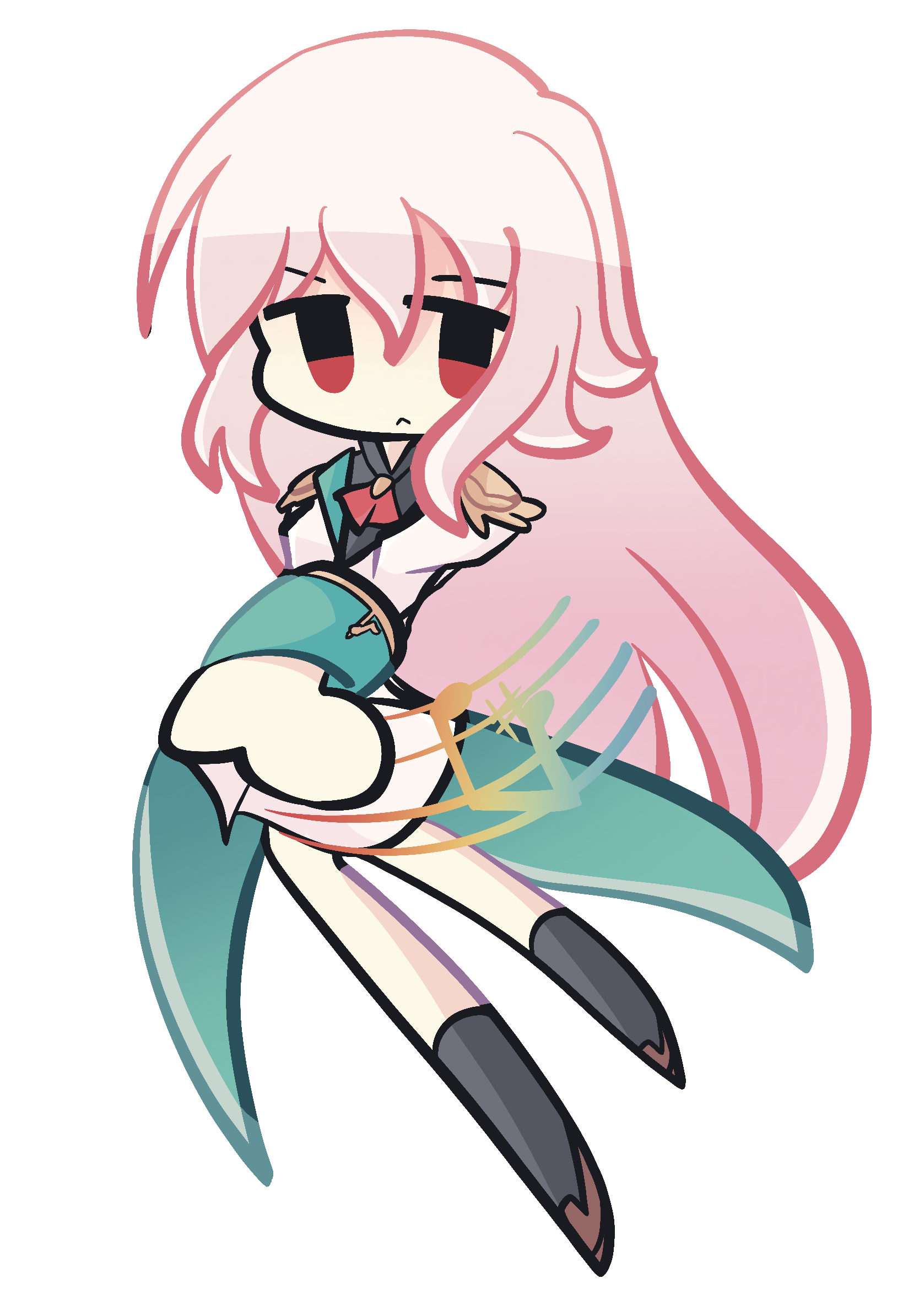 I am Damien Savatier, more known online as “Tina”. I like anime, programming, Linux, rhythm games and the 🌸 emoji.

I’ve been active on forums and social media since around 2010. Nowadays chances are you either know me from Twitter or Discord communities. I also occasionally upload rhythm games scores to my YouTube channel as a way to keep an archive of my progress, usually in the form of clips from my live streams which are multi-cast to YouTube, Twitch and Twitter.

The hobby I dedicate myself the most to is unarguably rhythm games. I’ve fiddled with DJ Hero, Band Hero and Patapon as a kid, but it’s not until I’ve been introduced to osu! in 2014 that I started being serious about them. While on my osu! journey, I’ve been exposed to arcade rhythm games through the extensive library of stolen content the game has. For a while I was under the belief that I would never be able to try these games without going to eastern Asia, until I was proven wrong in Autumn 2015 and visited the now defunct Arcade Street in Paris which had a lot of major arcade rhythm games, such as beatmania IIDX, pop’n music, Taiko no Tatsujin, jubeat, and inevitably DanceDanceRevolution.

Today I own several arcade controller replicas, namely but not exhaustively 3 IIDX controllers, 2 pop’n music controllers, 2 Taiko drums, an SDVX controller, a metal DDR dance pad, a Groove Coaster controller, a 24-inch touchscreen, and my passion even spread to my relatives as my girlfriend owns an actual jubeat arcade cabinet.

I’m very passionate about them and I try to play a bit of every rhythm game out there. I spend most of my time and efforts getting better at IIDX and SDVX, but when I get the chance I also play other, including smaller and less known games. Have you tried Rhythm Doctor or Just Shape & Beats? They are amazing!

I am also known for being the founder of Make Some Noise, a French organization and community for rhythm games enthusiasts. Our main goals are to create a way for the French players to interact together and to share our passion and knowledge about the games with others. This takes the form of organizing events, both IRL and online, having a presence at conventions such as the Japan Expo or Epitanime, and an active online Discord community.

I am a developer. I’m currently enrolled at the French graduate school EPITECH which delivers the equivalent of a master’s degree in computer science, with a strong emphasis on doing almost exclusively practical projects and no theoretical courses. I also did 1 year of prep school at EPITA but was unmotivated by the science courses and was redirected to EPITECH by the teachers.

I’ve been interested into programming and making personal projects since 2011, when I was still only 12 years old. I started with Lua scripting through the Minecraft mod ComputerCraft and moved to learning HTML/CSS, JavaScript, PHP and (My)SQL quickly after. Later in 2018 I was charmed by Python and been using it extensively in both personal projects and professional jobs. This website uses Python instead of JavaScript for browser-side scripting thanks to some black magic.

I open source almost all of my projects so you can probably learn more about my tastes in languages and libraries by browsing my GitHub.

Linux and the open source spirit

I use Linux as my daily driver. At some point I was also using it for my main gaming activities (excluding arcade rhythm games), but either since I upgraded my main machine to an SSD, rebooting to Windows was so fast that I just keep a minimal Windows install to play games, which is less effort than fiddling with compatibility tools, even though running Windows games on Linux is way easier nowadays thanks to Valve’s efforts. I still play on Linux for some games including but not exclusively Minecraft.

I tried different distributions but the one that I love the most is Fedora Linux. I resonate a lot with it, and I am a big fan of the projects it adopts or pushes forward, such as Flatpak, Wayland, GNOME, Podman, PipeWire, and many others. It is often the first major distro to embrace new Linux desktop technologies, and it gets very frequent updates, even in the non-rolling release branch. I also use Rocky Linux on my servers, which is a community version of Red Hat Enterprise Linux, the main sponsor of the Fedora Project, and which uses Fedora as its upstream.

I’m really a fan of the philosophy behind free and open source softwares, and I’m astonished every day by the sheer amount of choices, alternatives, customizations, interoperability and freedom it offers. I’m frustrated every time I’m using Windows because it’s hard to bend the OS to make it resembles my perfect dream workflow, meanwhile the nature of Linux and the way free softwares are developed makes it very easy to tweak every part of my OS to fits my fantasies.

Open source also means anyone can learn and become a better developer by reading the source code of high quality projects. Motivated and talented developers can contribute to existing projects. In case of developers disappearing or losing interest, others can take the lead. Anyone can meaningfully help by reporting bugs or requesting features. And contrary to popular belief, open source software can generate revenue, either through commercializing the product, or through sponsorships and donations. I really like open source and think it’s beneficial to any kind of software project, my ideal job would be to be paid to write open source software.

Rhythm games are not my only hobby, I am a lot into anime and Japanese culture in general. I pick up new series every season at the same time their air on Japanese TV. I watch anime for the stories but also for the animation and art. I am understandably also a lot into anime-style drawings in general, I follow a lot of independent and professional artists, and wish I could spend more money on commissions and goods.

As you would expect from someone who enjoys rhythm games, I also consume a lot of music, a fair amount of it is from the electronic independent eastern Asian scene, as it is strongly tied to rhythm games. Please buy albums from the artists you like on their bandcamp or equivalent platforms to support them.

As far as more mainstream games go, I play some Minecraft and CS:GO from time to time but nowhere near as much as rhythm games, mainly when some friends ask me to join them. I have some Rocket League and Smash phases, where I try to get better at the games.